DISCLAIMER: Only works in HanSoft Word Processor and Microsoft Word 2002.  Not for use in countries with journalistic ethics.

Finding things to do and connecting in Seoul 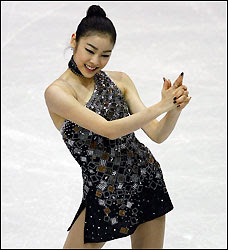 Kim Yuna lives up to hype and sets scoring record Taking the fight against “Anti-English Spectrum” to Naver.

Naver’s response to the Vandom letter?

Gov’t enabling the hiring of illegal foreign workers by easing penalties against companies.

“ifriendly.kr” another major English fail by the Korean government.

What was wrong with ifriendly.kr?

chumblespuzz: Proving that science can be fun, here’s a…

Pale Is The New Tan