A Short History of Expat Video Blogs in Korea

US Beef Being Driven Out of Department Stores 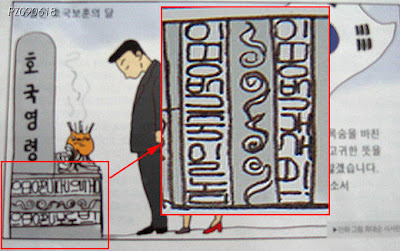 I Was Wondering Why They Didn’t Work…

x-ray glasses… I thought only naive kids bought those

So let’s play at the sewage water treatment plant!

Chairman of the Presidential Committee on National Competitiveness wants to tinker with romanization.

NHRC: Many Textbooks Are Discriminatory

We coulda told you that

Two caught helping others cheat on TOEIC via wireless devices

Just how much influence does Anti-English Spectrum have?

Yet Another Foreign Male Predator Story

An Open Letter to Flower Boys

KMK: “You have royally screwed up my Gaydar”

Gov’t wants tighter rules on getting citizenship – INSIDE JoongAng Daily

Paul Ajosshi: When is a Steak not a Steak?