SeoulPodcast #32: A Food Journey in Korea

Expat’s Food Survival Guide (a.k.a., Who Moved My Cheese?)

Where to shop online

Officials from the National Intelligence Service are said to have held a meeting with the correspondent of the Financial Times here in October at the height of the government’s war against foreign media.

A court handed down suspended jail terms to four family members who repeatedly raped a teenage relative who suffered from an intellectual disability.

The Cheongju District Court Thursday sentenced an 87-year-old grandfather and two uncles of a 16-year-old girl to four-year suspended prison terms for sexually assaulting and raping the girl for the last seven years. Another uncle received a three-year suspended jail term.

The court acknowledged that their crime was “sinful” as they used the young girl, who is their family member, to satisfy their sexual desires. But it gave the suspended terms, saying, “The accused have fostered the girl in her parents’ place. Considering her disability, she will also need their care and help in living in the future.”

The court added it took the accused people’s old age and illness into consideration.

From Hub of Sparkle:

A few months ago, an article in The Korea Herald reported that the number of disturbances occurring in Korean courtrooms are on the rise. Apparently, trials are often delayed due to defendants swearing, screaming, and even throwing objects at the judge.

In a civil case in July 2006, two defendants threw eggs and a bag of feces at the judicial seats in the Chuncheon District Court, criticizing the judgment.

If rapists, wife beaters, people who burn shit down, and corrupt corporate asshats don’t go to jail for the serious crimes they commit, why should anyone go to jail?

Let’s not forget about this ruling.

Last March, Kim returned home one night after drinking and found his wife and daughter asleep. Kim put his leg on his stepdaughter’s body and touched her hips and breasts under her pajama top.

Last March, Kim returned home one night after drinking and found his wife and daughter asleep. Kim put his leg on his stepdaughter’s body and touched her hips and breasts under her pajama top.

Song Seung-hwan, the producer of the hit non-verbal performance NANTA, is in trouble following a comment on MBC program Wednesday in which he made a comment judged by many to be racist.

Song was discussing his salad days, when he and his wife moved to New York in 1985. Song ran a street stall selling watches, while his wife worked in a nail salon. Well, on the first day, he finished work and went to pick up his wife, he said. But he felt strange when he saw her in a corner washing the feet of some fat black woman. He was enraged – here was his well-bred and smartly dressed wife washing the feet of a black woman.

Well, Song’s not a complete dolt – later that day, feeling he’d forced his wife to sacrifice by bringing her to Migukland, he carefully asked her how her day had been. Well, luckily, his wife was a happy sort, so she quite excitedly reported how she’d stripped the dead skin off some black lady’s feet, and so much had come off. Satisfied that his wife was enjoying the adventure, he felt relieved.

Some viewers, at least, were not impressed. One netizen castigated Song, saying if he made a statement like that in the United States, he’d be filing for bankruptcy by now. It was shocking that a person who understood the United States could make a statment like that when the repercussions of such racism were so great. Another said, basically, it was his wife’s job to give foot massages, so why was massaging the feet of a black woman so much worse?

The station came in for criticism, too, for thinking so little of the comments that they actually used subtitles, apparently, to stress them, which could promote occupational and racial-based discrimination.

Model and actress Hyun Young smiles with Kim Dong-soo, the chairman of the Community Chest of Seoul, at Jungmok Elementary School’s auditorium Monday morning in Mokdong, Seoul. Hyun, the goodwill ambassador of the Seoul branch of Community Chest of Korea, donated 50 million won to the organization and also participated as a substitute teacher at the school.

I really hope she doesn’t have any communist relatives.

Oh, and is she qualified to be a substitute teacher? Perhaps someone should notify this man, though he may not be concerned seeing as she isn’t a non-Korean. 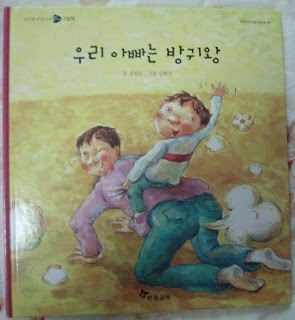 Wondergirls are coming to America

JYP has announced that during his 2009 tour, he will be hitting up not only New York and Los Angeles but also the random La Mirada, CA as well (where is that?).