Episode 1: Well, Blows Me Down!

The damages available in the case of shocking medical malpractice resulting in wrongful death were only W15 million (about US$13,000 at today’s exchange rate).

Why I Still Hate The Korean Internet (Chosun Bimbo)

Google will probably poop in your baby’s diaper if you’re not careful. (B in J)

Here’s part of an ad running on WorknPlay:

*Starting date: ASAP
*Time and Date: Will be decided after meeting but mostly it will be once a week.
1.5 hrs/1 day
*Student information : Celebrities of Climax Entertainment, CJ Entertainment
http://www.climix.co.kr/
http://www.cjent.co.kr/
(They belong to the top 5 entertainment company in Korea, They make movies, dramas, produce albums, manage stars,..etc.)
*Notice: There will be no payment. It is a volunteer job.
It is a social networking between Entertainment/ Broadcasting celebrities and English teachers.
You will have lots of fun with Top stars and CEOs.
And you will gain a popularity being as English teacher of those top stars.
(Just like Madonna’s Trainer, Celine Dion’s English teacher ^^)
We will help you to take picture with them all the time and when you write a book they will be glad to write a recommendations for you.

Michael Hurt gets Andre Kim to pose for Feetman Seoul

And check out those pants…

This is a bad joke. (A Geek in Korea)

Not that I don’t appreciate the offer (B in J) 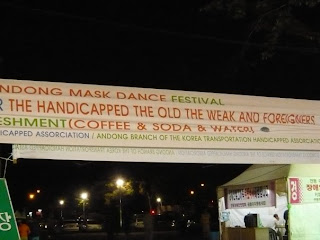 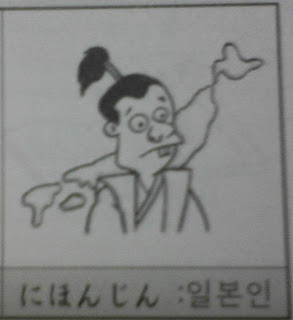 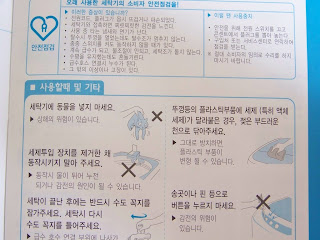 Mokpo, ROK City took that photo of his washing machine. Reminded me of this picture and unfortunate headline that accompanied it in the Joongang Ilbo.

New Dokdo shirt on the market. 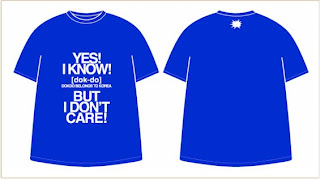