Working in Korea during the 1990s IMF crisis Referring to Scott Burgeson’s personal experiences and observations at the protests.Unfortunately, his site seems to be broken right now.

average Korean worker’s hygiene awareness is about one-third of those in advanced countries.

How the concept of “nunchi” can affect the online community.

The example in class was about a blog hosted on Korean service providers sites like Naver or Cyworld. On these sites, people can post their opinions on topics in publicly hosted blogs. The question was about Korean websites policies to remove posts when someone in the comments complain about how the comment was insulting, or hurt their feelings in some way.

As a long time blogger, I reacted with shock to discovering this. “Naver pulls the blog post if you complain in the comments? Seriously?”

Several students said that they thought this was a good idea. “If someone says something that hurts me, I can get it removed. People can’t say bad things I don’t like, so that’s good.”

Sent in by our friend Otto Silver

·You will receive a starting salary well below that of fellow undergraduates and it will remain largely unchanged for the rest of the century. Your Gran’s earnings will easily outpace your own;

·You will be expected to be witty, bouncy and enthusiastic at all times, even if your house has just been repossessed or a favourite pet maimed in a freak glass blowing accident;

·You will start seeing caravaning as an economic holidaying alternative;

·You will find yourself joining calls for more bicycle lanes;

·You will be expected to relentlessly suffer gibbering incognates very gladly indeed;

·You will be expected to ditch all opinions that may be construed as individual or offensive to the arms dealers and/or corporate fanatics you are tutoring;

·To have any chance of professional progress, you will be expected to fork out large sums of your hard-earned salary on cash cow qualifications that few seem to pass first time;

·You will escape to foreign climes only to find that, while, if you’re lucky, you’re marginally better off financially, the job is exactly the same, only with all the complications that come from living abroad;

·Every time you take a day off sick, an effigy of you will be burned by both the teacher who had to replace you and/or the Director of Studies/school owner, who will feel vindicated in their belief that you are a recovering alcoholic who has plunged from the wagon;

·You will develop a passion for overwhelmingly desirable and impossibly complicated foreigners, and pine away into an emotional sack thing when they inevitably leave you for somebody real; 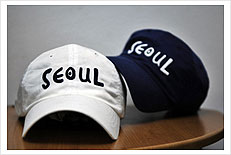 Enjoying the cigars from John.